This morning I was sipping my coffee and reading the Funnies. Yep. The Funnies. And Family Circus had an awesome comic regarding the Oscars and the kids each depicted for different categories.
So...I am borrowing the idea from Family Circus by Bill Keane. You can check it out here! Too cute!!!
Ladies & Gentleman (well...mostly Ladies...but you know...just trying to be nice...) I am proud to present the FIRST EVER ANNUAL Oscars...Our Style!
Best Actor in a Leading Role goes to:
John...for his portrayal of the angry & ignored Middle Child. Don't let his cute calmness of this shot fool you...two minutes later he was a writhing screaming mess at Pre-school drop off. Only to turn the flood gates off the second Mom walked away. 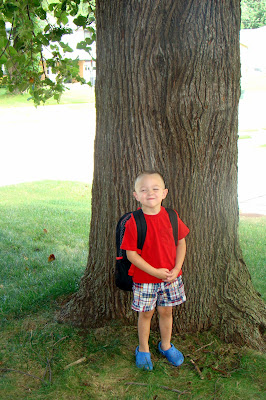 Best Actress in a Leading Role goes to:
Kat...for her portrayal as Sugar and Spice and All Things Nice! 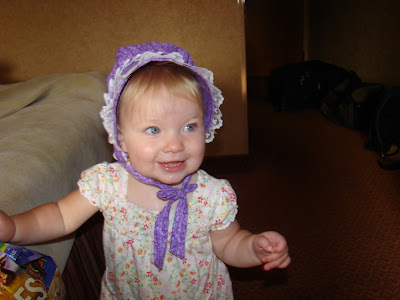 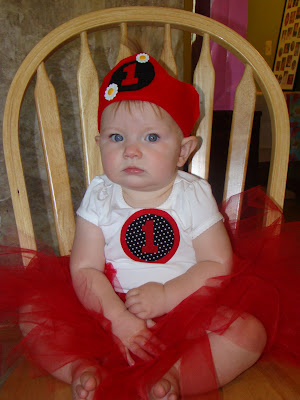 Best Director goes to:
Kat! For her role of "I'm In Charge of Doling Out the Christmas Presents!" 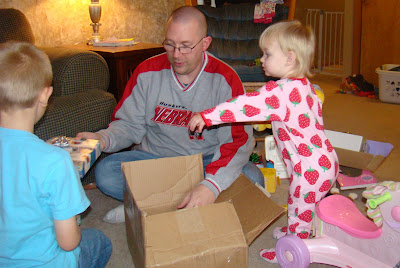 Best Documentary goes to:
John! For his in-depth investigation on how to sneak snacks (Chex Mix) off the counter when Mom isn't watching. 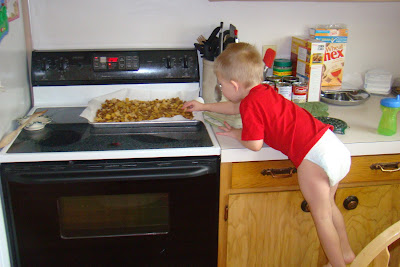 Best Make-Up goes to:
Louie! For his work as Skeleton-ator 2000! 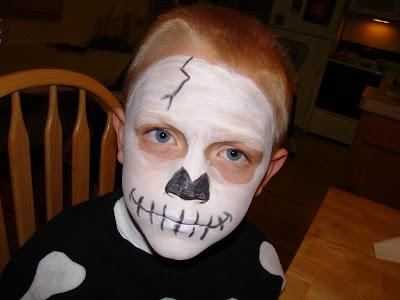 Best Original Score goes to:
The "G" Trio! For a brand new and fantastical Christmas song! 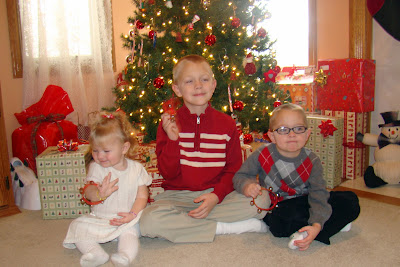 Best Sound Mixing goes to:
Kat! For her mixing of Multiple Octaves all during one long scream! 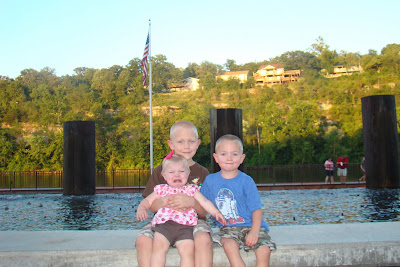 Best Set Design goes to:
John! For his work on The Great Hallway Traffic Jam! 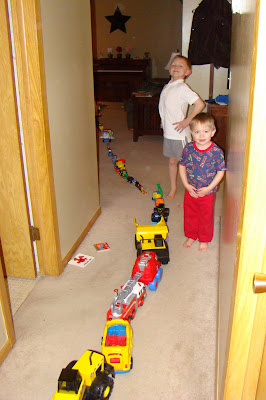 And. Finally. The moment we've all been waiting for. The Best Picture of the Year goes to (drum roll): 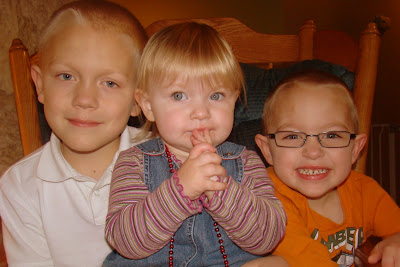 OH, how i love this! What a great idea...your kiddos are too cute!